After visiting Angkor Wat at sunrise we then embarked upon a small tour of the other temples around Angkor. One of the temples I was most looking forward to visiting was Ta Prohm, which was on the itinerary that day. Having seen it featured in the Tomb Raider movie with Angelina Jolie and seeing many photos of it over the years I really wanted to go and capture my own images of such a photogenic temple. After following the circuit on from the Bayon Temple our Tuk Tuk driver promptly dropped us off at Ta Prohm. King Jayavarman VII began the construction of Ta Prohm in around 1186 and it formed one half of the complementary pair with the monastery temple of Preah Khan. Ta Prohm was in vibrant use up until the 13th century and was still being added to. When the Khmer Empire fell in the 15th century Ta Prohm fell into disuse and was abandoned until the 20th century, gradually being overrun and succumbing to the surrounding jungle.

On the Approach to Ta Prohm from where our Tuk-tuk dropped us off the first thing, we saw of the temple was a tower of faces similar to the ones we had just seen at the Bayon not long before. This was located at the main entrance gate or gopura in the east. The temple has a gopura or entrance gate in each cardinal direction and above each gate is a tower of faces like the Bayon with each face facing outwards in each cardinal direction. The faces are of Lokeshvara, which represents the compassion of the Buddha. The towers are thought to be a later 13th-century addition to the temple, unfortunately, some have collapsed during the intervening centuries. These gopuras are in the outer enclosure wall that surrounds the temple and measures approximately 1000mx600m. Through the east gate, you enter into the fifth and outer most enclosure at this temple. Following approximately a 350m path leads you to a terrace that takes you across the moat, with guardian lions and Naga balustrades. It is thought and surmised from inscriptions that those people attached to the temple such as dancers priests and servants would have lived within this outer enclosure and may have numbered in the thousands.

The 4th enclosure measures approximately 110m x 100m and contains a moat that surrounds the temple. The main entrance or gopura to the east is decorated with several Buddhist scenes although any of the faces of Buddha have been destroyed. Within The fourth enclosure and between the third enclosure lies the Hall of Dancers, so named for the many reliefs of apsara dancers that adorn its walls. Within this enclosure lies the final 3 enclosures of Ta Prohm, each of which is galleried. Within the third enclosure, there are cruciform galleries that lead into 4 smaller courtyards. Around this third enclosure, there are again a large number of Buddhist scenes, the scale of which gives one an insight as to how important the temple once was. A set of galleries surround the final enclosure which is again galleried. The final enclosure is again galleried with towers on each corner surrounding the central sanctuary. Each of the towers on the corners of this enclosure forms a quincunx with the Central tower of the temple. Seen from the outside they strike a passing semblance to the towers of Angkor Wat which we had seen earlier in the day.

it is within this third enclosure that the visual magic of Ta Prohm springs into life. Throughout our walk, through the temple, there are glimpses of the jungle encroaching on the temple but within the 3rd enclosure, the sense of the merger between what had once been a very major temple and the jungle becomes much more apparent. The scale of the sense of neglect is somewhat dissipated though, by a handful of workmen or the roof performing renovation works. The classic scenes of huge tree roots growing out of galleries and over walls with trees fully taking over the temple gave Ta Prohm an air that it had just been discovered but this magical feeling was completely dispelled when you came across another hoard of tourists! Again as I said before in my entry regarding Angkor Wat, I can hardly complain I was a tourist myself!

After being “rediscovered” the Ecole Francaise d’Extreme-Orient decided to leave Ta Prohm as it was found allowing the temple to retain its picturesque half merged with the Jungle look. To begin with, only the very basic minimal clearance and stabilising works were carried out. Now and since about 2013 more complete renovation works have been carried out, including removal of some trees that posed a risk of falling onto the remainder of the structure, protection from tree roots and also rebuilding some parts of the temple. This can be seen in action if you should visit the temple at the moment. 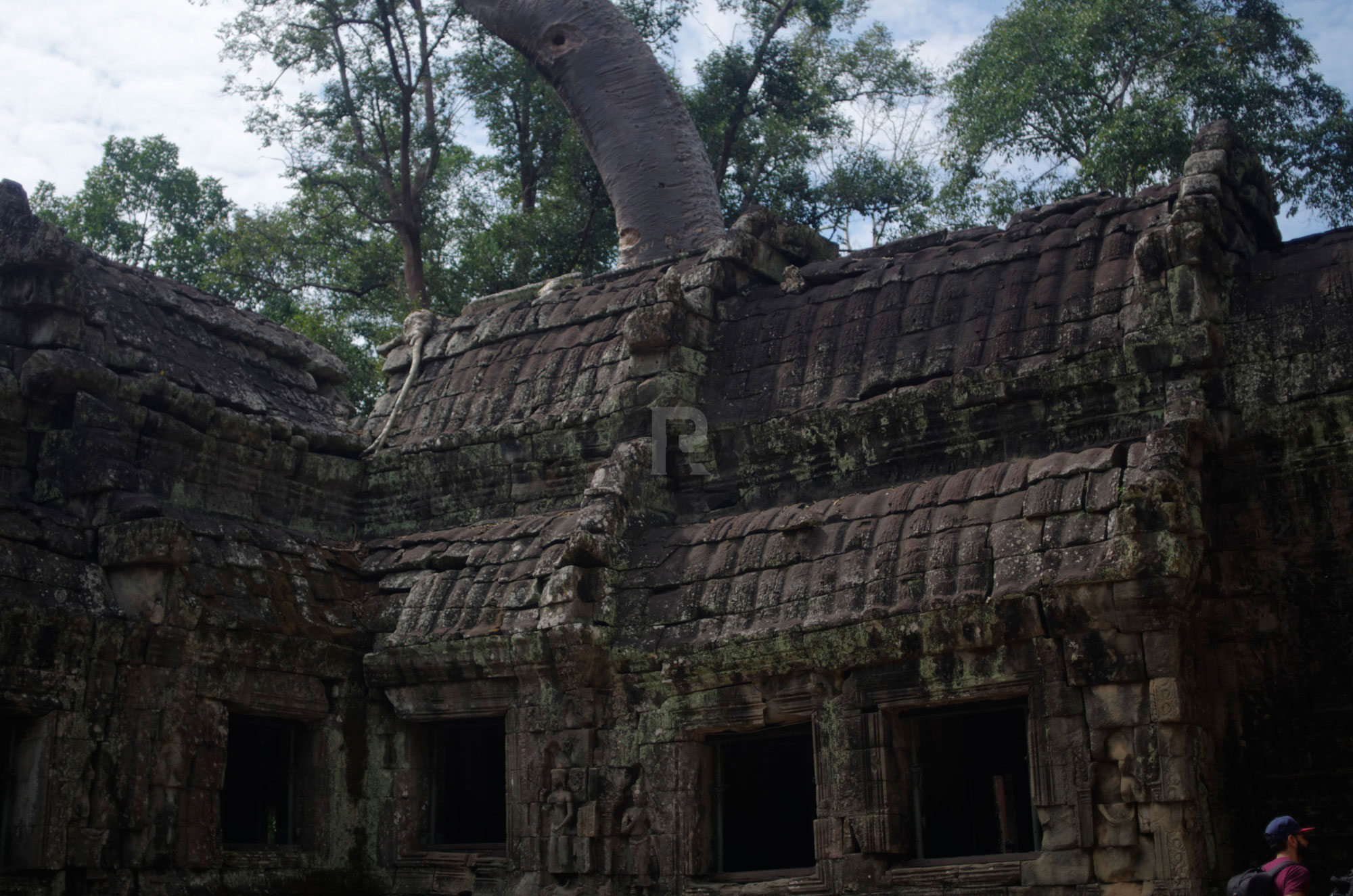 Article Name
Exploring Ta Prohm and a Little History
Description
A Visit to the picturesque temple of Ta Prohm during my holiday to Siem reap in Cambodia. Including a series of gorgeous photos the I took during my exploration of Ta Prohm Temple, which was made famous by the Tomb Raider movie.
Author
Robert Pink
Publisher Name
Rob Pinks Blog
Publisher Logo